Two Hands and an Artisan's Tool - Get A GRIP !! 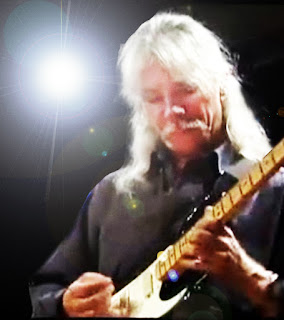 "Two Hands and an Artisan's Tool" (the day a finally Got A Grip!)

How important is a pick? Well, I used to say, "we all have that favorite little one, that never gets in the way, or that one that has the ridges on it so it doesn't slip out of place at the most inopportune moment,.. or sometimes I don't use ANY for that organic effect, ...", but then I reached in the little "gadget tray" that was on the console at the studio where I was tracking guitars for "Ballad of Dylan James". I had to have a closer look at a pick with an unusual design. "S" shaped ?!

At first I held it incorrectly (upside-down),.. twiddled with it a bit, and then flipped it over. Ahh! (riff, lick - riff,..) - Holy $&#@!, Who came up with THIS?! I looked at it closer to see who, what, where, etc. was written/engraved on it. "Grip" on one side,  "pat. pend." on the reverse side. "YOU CAN HAVE IT", said the owner of the studio who was obviously entertained by my response.

As we proceeded to record guitar tracks, this little pick instantly transformed my approach to "generating sounds" on the instruments I was using on the song.

The crafting of "Ballad of Dylan James"  : (audio track below for reference)

I tracked the rest of the session (4 separate guitar tracks, weaving in,.. out and under the Lead/Solo guitar melody). Using this pick,I immediately realized how much more is available in the way of technique executed by BOTH hands.

Motor function for the musician is obviously largely Unconscious,.. this we know by now, but the range of influence of one hand over the other, and interaction between the two can be markedly noticeable to some of us. The guitar tracks for "Ballad of Dylan James" required some "extended range" because we were tasked with providing for a "firestorm gun battle" in the climax of the track - without using any SOUND FX. It ALL had to be done with guitars only. Adding to the challenge was the replacement of the orchestra score with "Stratocasters"! (What? !!) Not MY idea!,.. but never wanting to be one to shrink from controversy,.. I accepted the challenge. "Gun Battle Sound FX" using only real guitars, and,.. scoring (what would have been) the orchestra parts/arrangement with Fender Stratocaster guitars. Sure,.. why not?

I met this challenge "without incident". It was actually a lot of fun and I credit the highlights of the experience to this weird "S" shaped guitar pick. I GOT A GRIP! on it. Textures and sounds are abundant always when immersed in the creative process while holding a finely crafted guitar in your hands. "The Grip" guitar pick revealed an added dimension to the expression available to me that I hadn't considered or experienced before. That track will always remind me of this discovery.

I kept the pick in a little pick holder attached to my key chain until I could find a supplier/dealer that sells them. If you've not experienced the "zen" I speak of here,.. GET A GRIP! You'll never play the same again.

To hear the track,  "Ballad of Dylan James" by Stephen Sea
Posted by Unknown at 10:39 PM No comments:

Email ThisBlogThis!Share to TwitterShare to FacebookShare to Pinterest
Labels: Two Hands and an Artisan's Tool
Home
Subscribe to: Posts (Atom)